One of the most challenging things when you're first figuring out how to make soap is - hands down - how to control trace. There's quite a learning curve in seeing the different stages of trace in cold process soap. Your batter will normally go from emulsification to light trace (thin pancake batter) to medium trace (light pudding batter) to thick trace (pudding batter) the more you stickblend or the longer you let your batter sit. 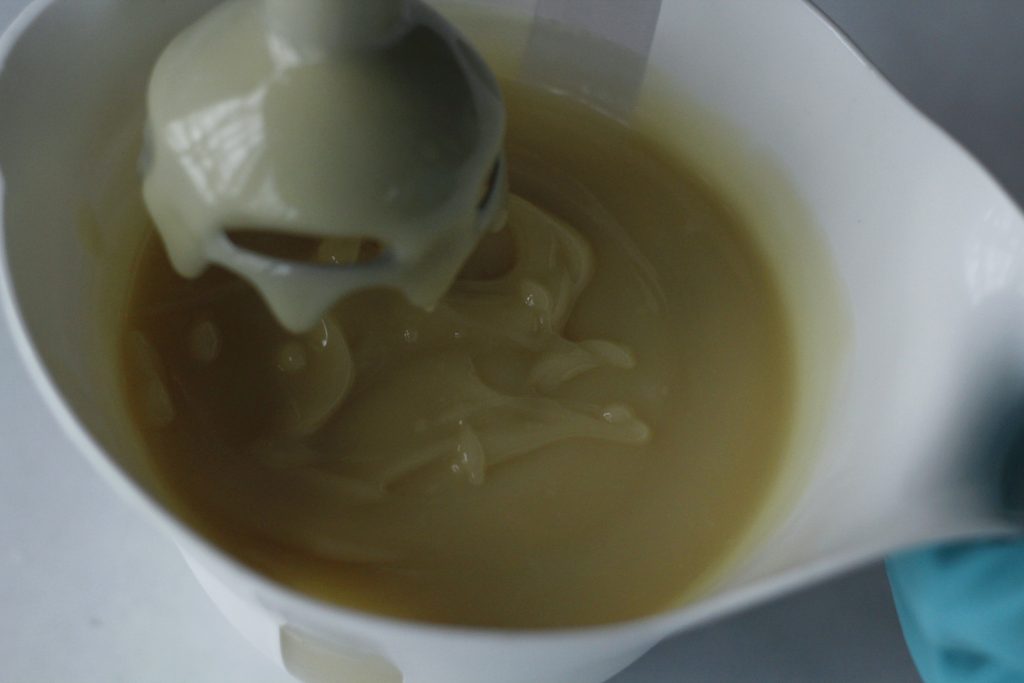 thick trace holds it's shape, the trailing will not sink into the batter

Thick trace is what I want to talk about today. Thick trace is what most beginners end up with when they first start to make soap and that's normal.  It's mostly due to the fact that beginners have the tendency to stick blend for too long and that they're being told to soap at higher temperatures (around 110º F). Soaping at higher temps makes sure that rookies don't encounter "false trace", a state where the soap batter looks emulsified but really isn't, and will separate over time. If you're a beginner simply know that with a little practice it's o.k. to soap cooler if you're aiming for light trace. 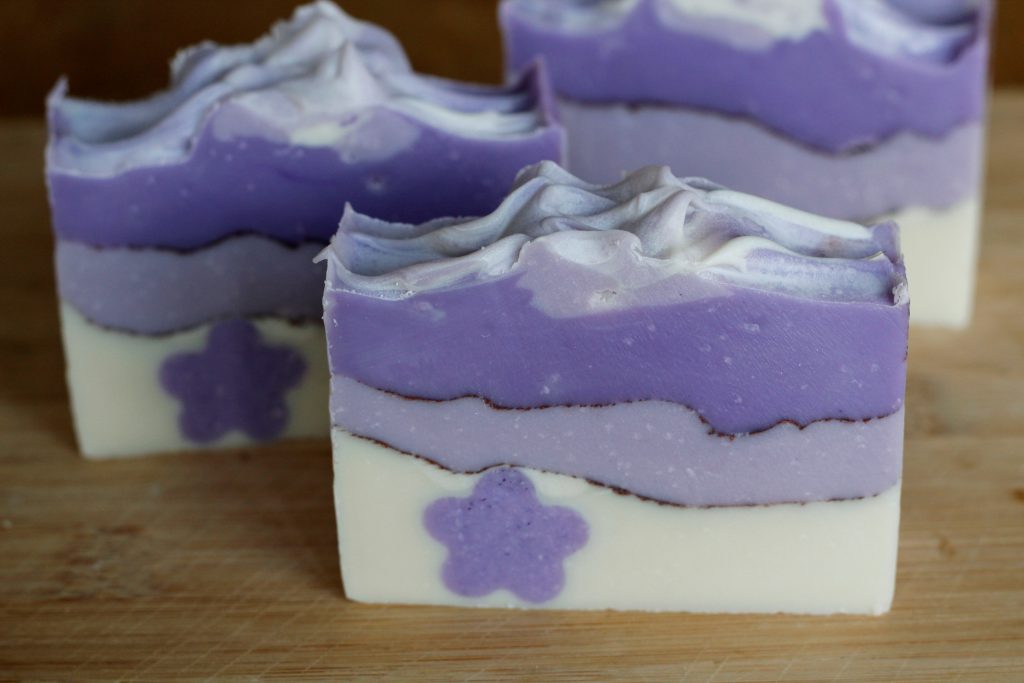 layers with mica lines and a cookie cutter embed

Ideally you want to get to a point in your soaping journey where you can control trace, and make an informed decision about what consistency you're aiming to achieve for your desired design. That's why I thought it might be helpful to talk about thick trace, because it has some merits, but also some downsides. 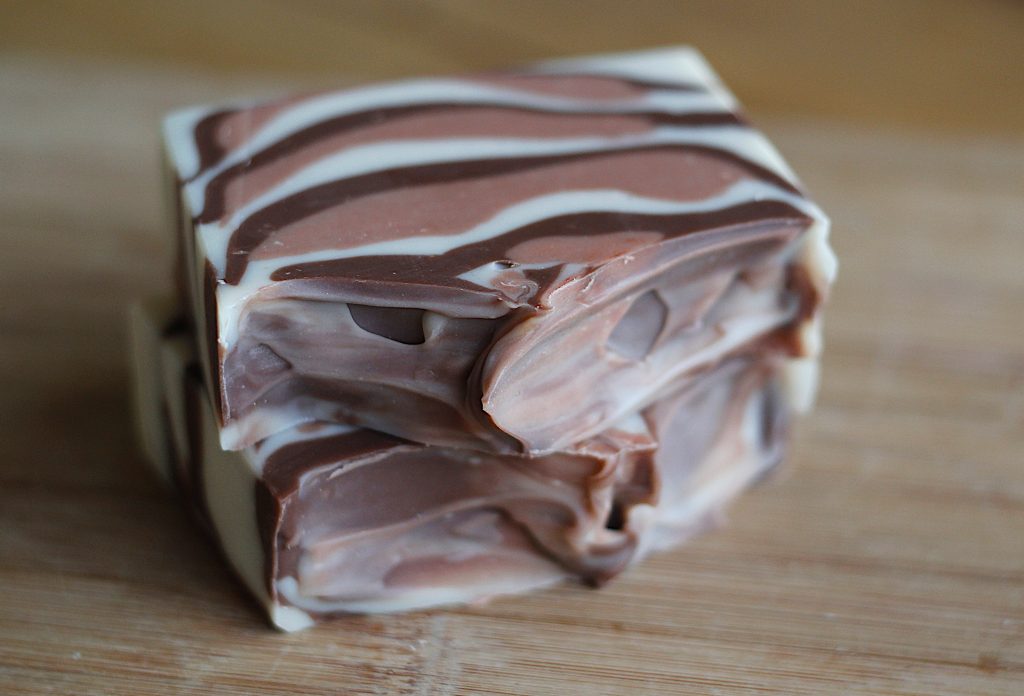 I used the "spoon plop" technique for this soap

Pros of Soaping at Thick Trace 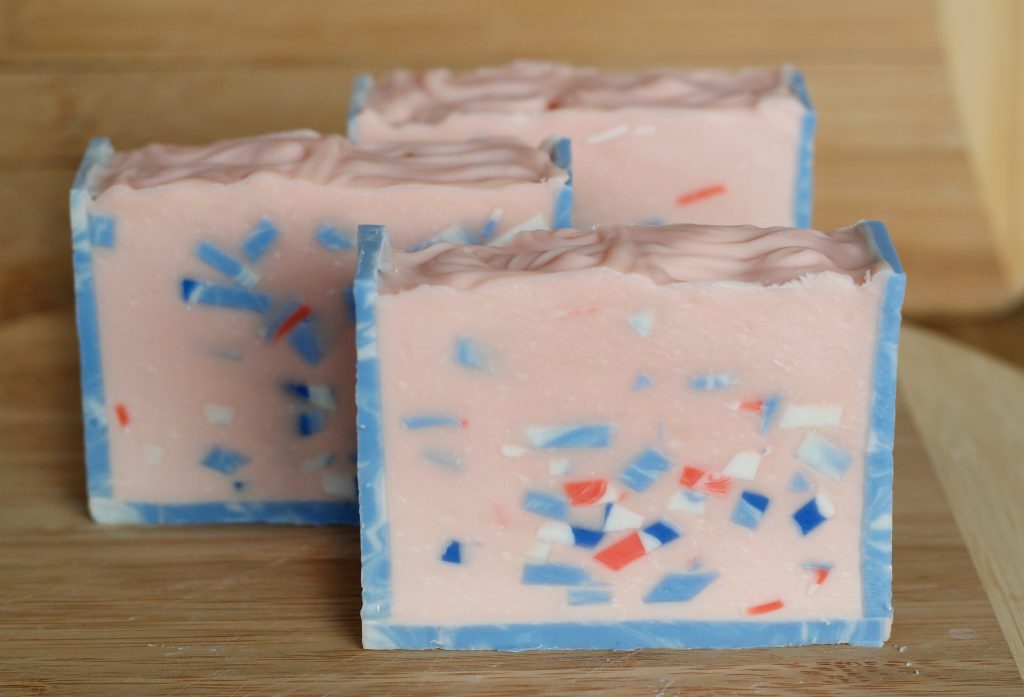 Cons of Soaping at Thick Trace

I like working with thick trace, it's a lot of fun to play around with. When I plan to use colors, I try to stick blend to light trace, separate the batch, work the colors in and let it sit until it thickens up. I also like that I seem to have more time to work, since the batter is already thick and it will take quite a while for it to really set up. Thick trace is  also my go-to consistency when I'm doing a quick, no fuss, one colored batch.

Looking for tutorials that involve thick trace? Check these out!

Until next time. Happy Tinkering! 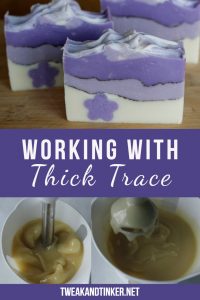 Hi, I'm Celine! Always tinkering with new skincare recipes and endlessly tweaking the results. Have a look around, I'm sure you'll find the perfect DIY!